Hello Dorian, tell us a little bit about yourself.

Hi, currently I am the international relations coordinator for Rijeka 2020 which basically means that everything that happens abroad in our office lands on my desk sooner of later.

What do you feel is important for a city to focus on during and also after their bidding as an ECoC?

Definitely focus on community engagement, I guess we shouldn’t use terms such as PR & marketing in this case, that is actually what we ourselves have done in Rijeka; we’ve asked the citizens what is their input what are their ideas. But also consider sister cities in the sense of other competing cities but also neighbouring cities because regardless of if you [Chemnitz] win, you will want to cooperate with them. And everything is culture, all the things that surround us: food, sports, art, everything.

What do you expect to change in Rijeka, what are your goals?

Actually the bidding book which we used to convince the European Commission is well organised and written. And I believe that was also one of the main reasons we’ve been successful in the elections; we didn’t make vain promises but had agreements with partners as part of the book and we’ve conveyed honestly and authentically our situation and what we plan to do with it.

Thank you so much for your time and answers, just a final one, with hindsight, what would be the one thing that you would change?

Unfortunately, in Croatia the situation is such that there is a bureaucratic labyrinth that you have to manoeuvre and the taxes are ridiculously high so I would’ve founded an NGO or other type of organisation but maybe that won’t matter later if I become a large scale CEO, haha. 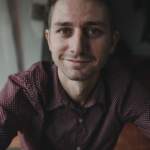