Hello Ektor, could you briefly introduce yourself?

Hi, I am an international cultural projects manager and cultural policy advisor. I’ve helped three European cities to run for an ECoC one of which was successful.

Your expertise are in cultural development and sustainability, what would you recommend ECoCs to focus on?

An important aspect to think about is fundraising because cities have to gather finances by themselves for the most part. And there are several ways how to do that: approach companies and individuals from the private sector and ask for sponsorships, utilise EU funds, and lastly taxes. But what I would like to mention is something we did in Kalamata, we provided the citizens with a possibility to purchase a card that would later give them discounts and later based on the information about what events the visitors attended, could later give them furthermore suggestions of other similar events. So in essence the people of Kalamata pre-financed the city. It’s about investment and development.

Do you believe that everything is worth sustaining and if not what things are and how should be go on to do so?

Definitely not, some things are simply not worth it. There are two main areas of importance to an ECoC, infrastructure which prepares the city as a whole and projects. The point of being a ECoC is: it’s a one time thing. And not all cities necessarily need it some are cultural and famous internationally. It’s important for you [Chemnitz] to find what type of city you want to be. And try it out during your election year. What did the city as a whole enjoy and helped it to develop? Find other individuals that can help you sustain this. And leave a legacy behind, you need an action plan, resources, and partners. 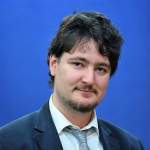