In 2025, when Chemnitz is the European Capital of Culture, the legendary International Peace Ride will be revived. The European Peace Ride project, which was developed as part of the application for the title, will start this year with one or two stages for ambitious recreational cyclists. The two stages will take 78 riders on 11 and 12 September 2021 over 413 kilometres and around 5500 metres of altitude difference from Chemnitz to Prague and back. In order to emphasise the cultural connection between art and sport, 15 towns and cities that are anchored in the “Purple Path” art project will be visited along the route. For the tour, the organisers are still looking for ambitious recreational cyclists with great physical condition and endurance, as well as helpers.

The International Peace Tour, also known as the Course de la Paix, was the most respected amateur cycling event behind the Iron Curtain. At its peak, it was even compared to the famous Tour de France. The route of the Peace Tour usually led through the three capitals of Warsaw, Prague and East Berlin and often also through Chemnitz, or Ka-Marx-Stadt at the time, as a stage stop. Originally initiated by two journalists from Poland and the then Czechoslovakia, it also led through the former GDR every year in May from 1952. The aim was to set a peaceful example against the tensions of the Cold War by means of sport that would bring people together.

In 2025, when Chemnitz is European Capital of Culture, the International Peace Tour is to experience a new edition and thus send a sporting and cultural signal to Europe. The focus will not only be on cycling itself. Rather, the Peace Tour 2025 is to be a celebration of cycling culture, which has deep roots in the Capital of Culture region around Chemnitz, as the BID Book describes.

This year’s European Peace Ride is all about the International Peace Ride and its cultural impact in the region. On 11 and 12 September 2021, 78 ambitious recreational cyclists will set out on the 413-kilometre route to Prague and back, covering an altitude difference of around 5500 metres. In order to demonstrate the close connection between art and sport culture in the Capital of Culture process, 15 cities and municipalities of the Purple Path Capital of Culture project will be visited on both stages. The tour also follows on from the successful handover of the Bid Book in Berlin last year.

Riders are still being sought for the European Peace Ride: Are you keen and able to ride at an average speed of 26 to 30 kilometres per hour over the approx. 200 kilometres and around 2500 metres in altitude of one stage? Or do you just want to help along the route and become part of this unique project? Get in touch at epr-2025@fit4bike.de. 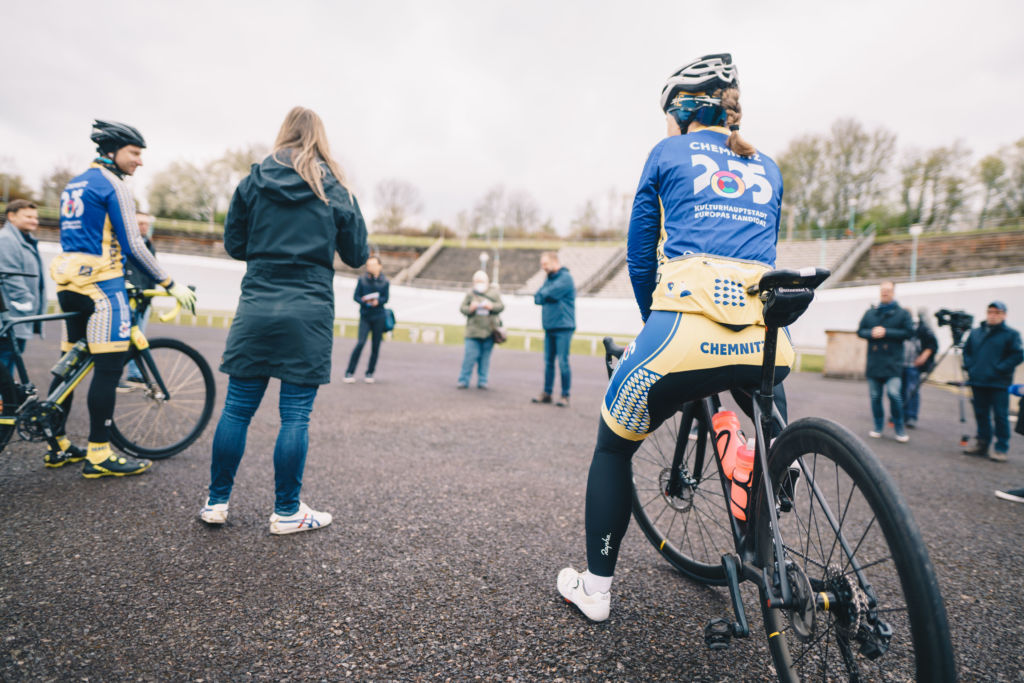 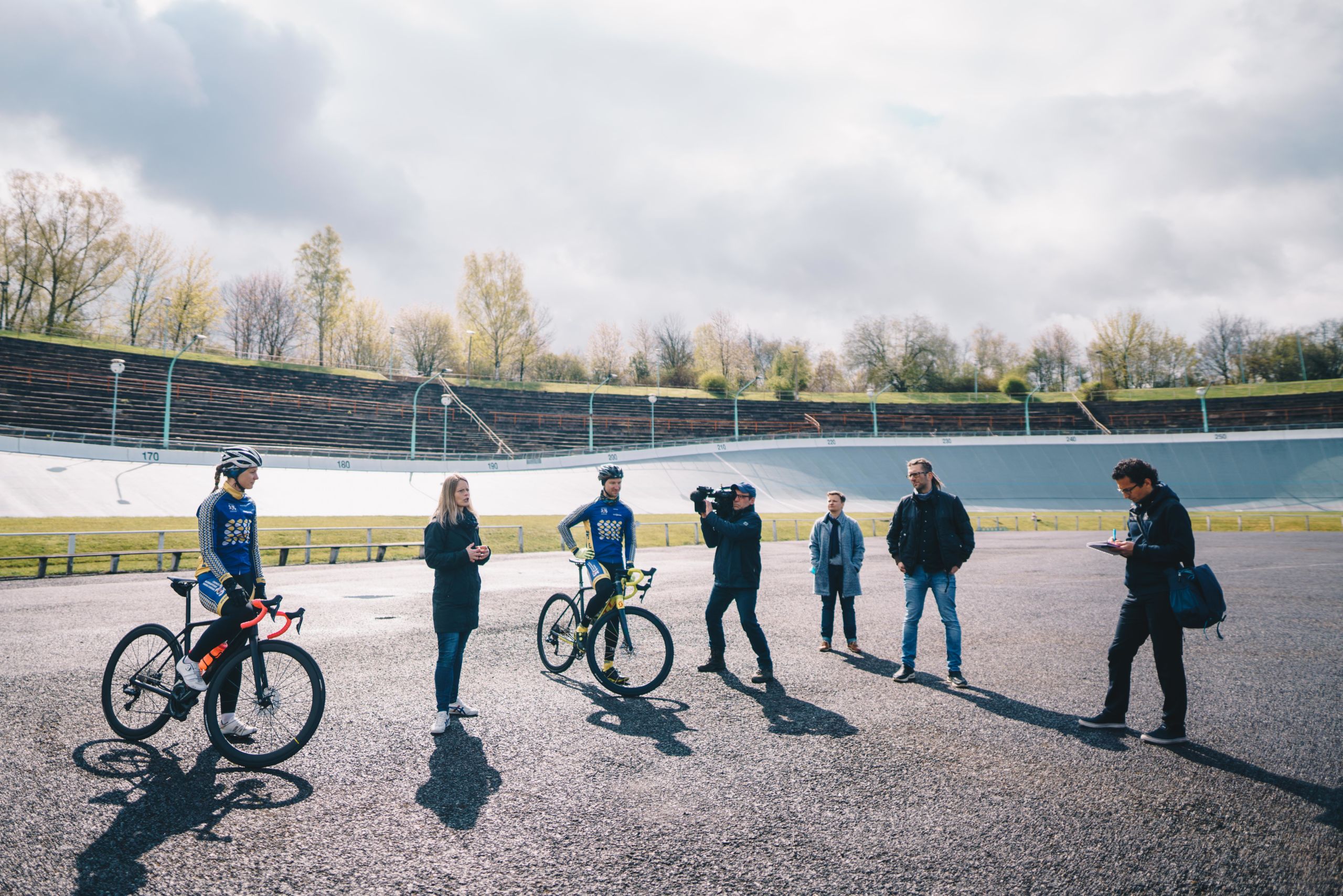 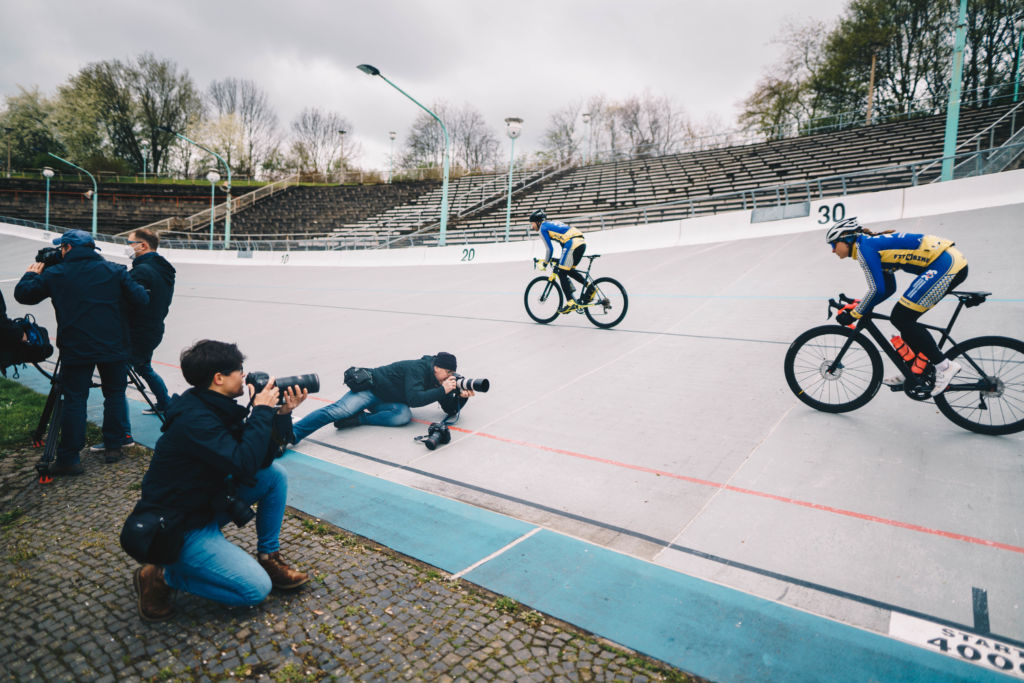 Joint appeal: For the European Peace Ride 2021 we are looking for ambitious recreational cyclists and helpers

Susan Endler, Head of Marketing at Chemnitzer Wirtschaftsförderungs- und Entwicklungsgesellschaft mbH (CWE): “The EPR spans the arc to the International Peace Tour and thus exemplifies the idea of European togetherness and exchange.” In addition, says Endler, the EPR as a sporting event in the Capital of Culture process is firmly anchored in the heart of the citizenship, especially in the sports city of Chemnitz.

Kai Winkler, managing director of the private cycling initiative Fit4Bike and sporting and organisational director of the EPR 2021 explains: “With the tour to Prague we are riding a continuation of United Chemnitz from last year.” Back then, in the bid summer, 39 cyclists had ridden the Chemnitz Bid Book in a 48-hour ride over 1200 kilometres to the German capital, where they handed it over to the Cultural Foundation of the Federal States. “Both the doubling to 78 participants and the cross-border route to the Czech capital stand for this further development,” says Winkler.

The idea that such projects can only be realised together is also reflected in the cooperation with the Stadtsportbund Chemnitz. For example, the EPR will start on 11 September 2021 as part of the “Sporty” family sports festival taking place at the same time in the stadium on Gellertstraße in Chemnitz, which the city sports association is organising together with C3. Furthermore, the SSB supports the organisation of helpers along the route and networking with the Chemnitz sports scene. We are pleased,” says Janette Füseler, Managing Director of the Stadtsportbund, “that we can already join other doers on the road to the Peace Ride as a Capital of Culture project in 2025.”

The European Peace Ride 2021 project is also supported by a cooperation with the Chemnitzer Polizeisportverein, which has many years of experience in organising such tours and, at the same time, excellent contacts to the Czech authorities through its vice-president Christian Ott. 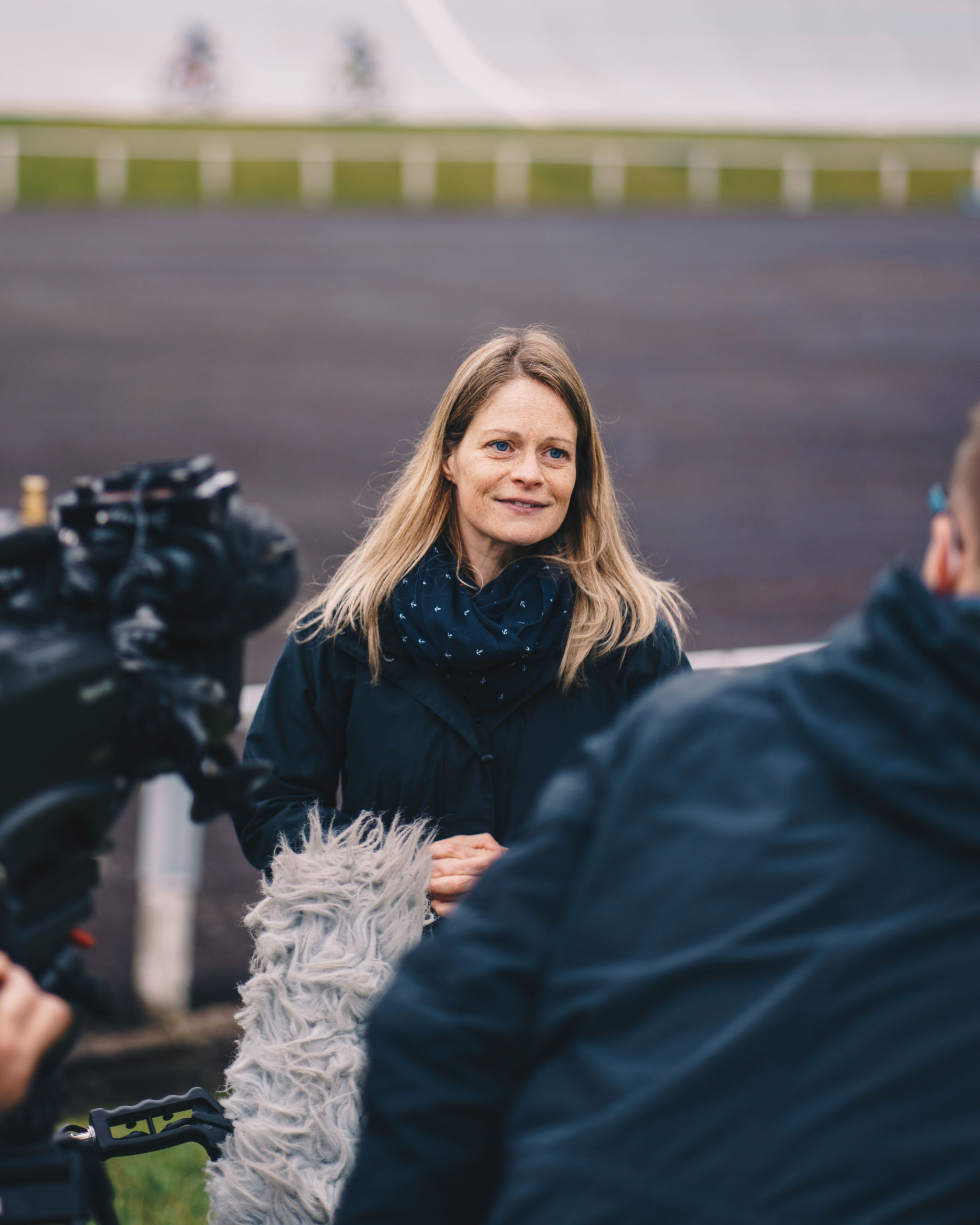 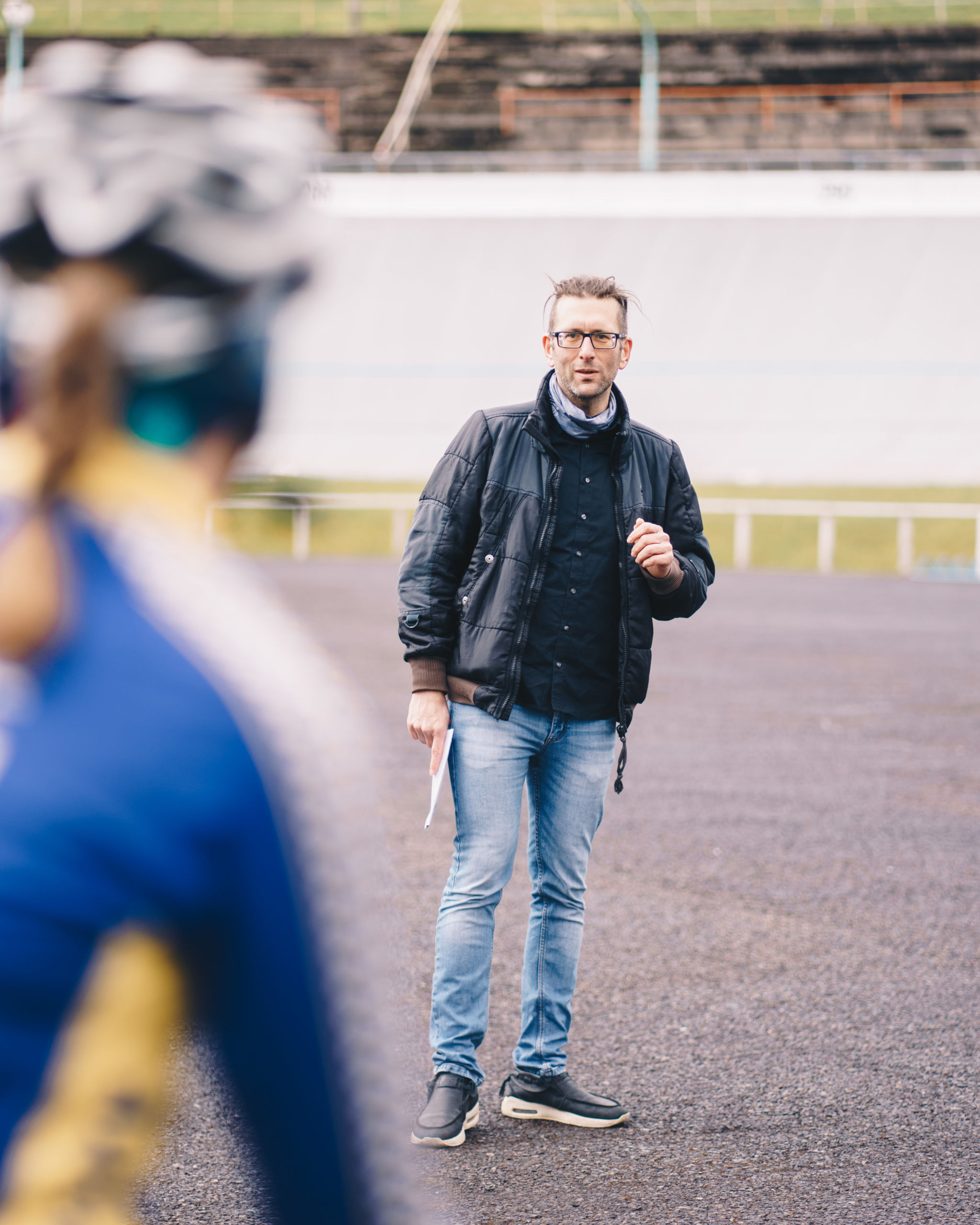 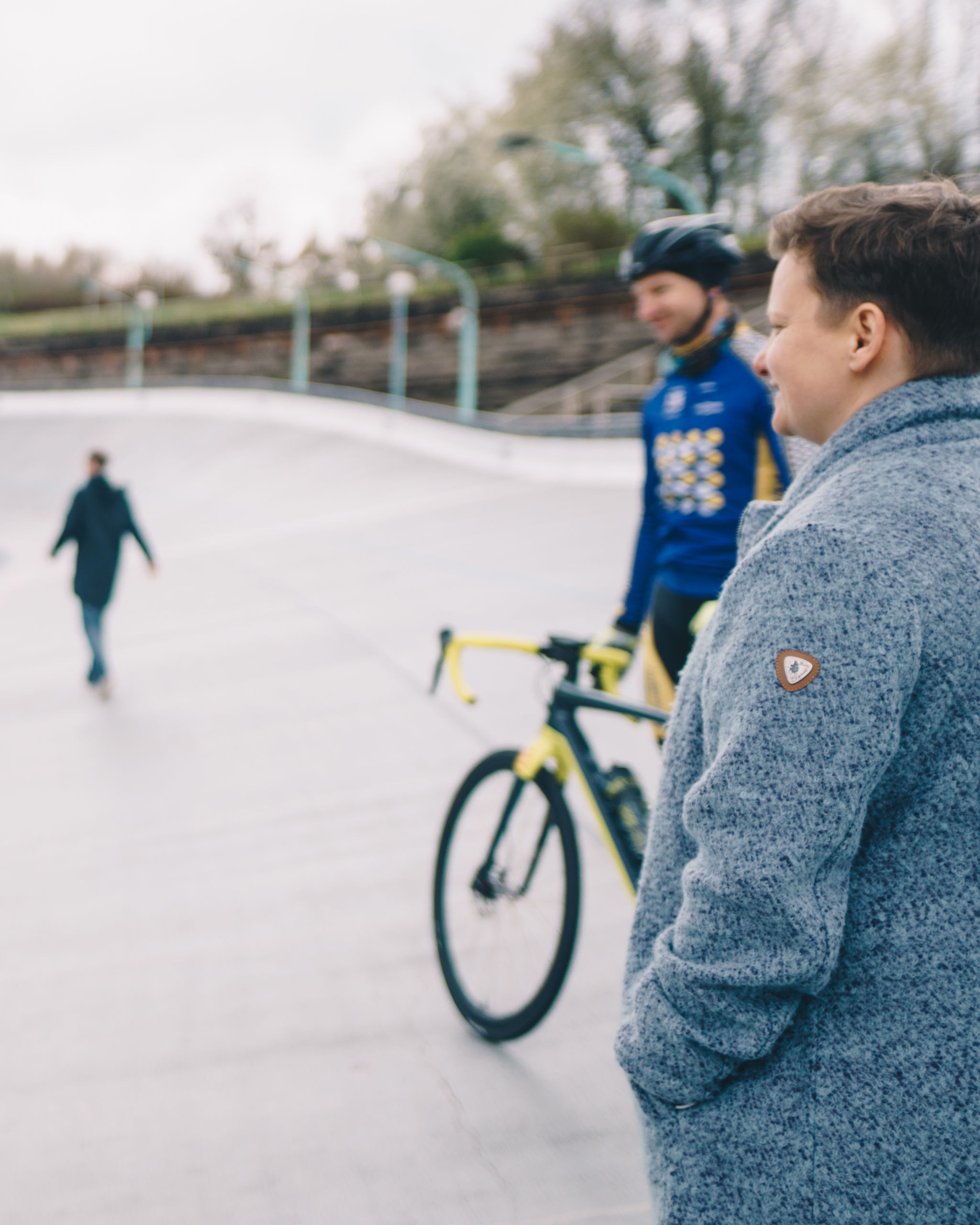