The unassuming Brühl Boulevard runs through the middle of Chemnitz. It has been the backdrop for many of the city’s hopes, the place where plenty of visions have foundered but at least as many more have arisen again. It is impossible to write about the Brühl Boulevard without adding “former grand boulevard”, with scenes that might have come from a period film flickering before your mind’s eye: a magnificent street lined with mighty trees, filled with people bustling about or strolling elegantly, like the Croisette in Nice, the Champs-Élysées in Paris or the Kurfürstendamm in Berlin, but in a medium-sized city in Eastern Germany.

The Brühl is more a street for playing in than a grand boulevard, but even so, it has cherry trees that blossom gloriously in spring alongside the socialist street lamps. And in between there are shops, some of them empty, some just recently filled with new life — the Brühl is the Chemnitz definition of a grand boulevard. Like every popular boulevard, the Brühl also has an attraction, a landmark. But it’s not a cathedral, or a triumphal arch, or a victory column, nothing pompous, no pageantry, just seven silver letters: ZUHAUSE (‘HOME’).

The word is sometimes daubed with graffiti or decorated; sometimes it has stickers stuck on it. Children often play next to it, and sometimes people sit in the U or the H. Sometimes there are letters missing, so then it’s just HAUS. Sometimes bands play in front of it. And you’re always finding photos of it on Instagram, followed by comments with hearts. Nobody knows exactly why the letters are there, they just are. Home is a word, a place, but above all a sentiment that the people of Chemnitz identify with. They like being outdoors, by all means, but they also just like being at home. They may have been mocked time and again for being couch potatoes, but they’ve had years of training for the emergency we’re all dealing with now, because ZUHAUSE (HOME) is written in big fat silver letters across the whole of Europe right now. HOME is no longer just a place, it’s a state of mind, a condition. A state of boredom, a state of crisis, a state of despair, a state of contemplation, a state of loneliness, a state of community, a state of privilege.

The public sphere has largely retreated into private space. Home is now the office, the gym, school, the playground, the pub, the concert hall, the club. Three rooms, dance floor, bathroom. Home is no longer defined simply by your own four walls, though, but also by your own four screens. The public sphere has taken on a new dimension – the pixels on computer and mobile phone displays that translate into virtual reality what real life is missing right now. The night out clubbing becomes a TV event, the after-work drink becomes a video chat. Comforting and sad at the same time. Because however creative an approach you take, it only ever seems to be half the solution. It makes a huge difference, after all, whether you’re partying in the same room as your friends or talking to yourself, half alone, at home. Culture is physical. Culture arises from shared experience, it is not an act of separation, in fact it’s the exact opposite of isolation. In isolation it’s hard for culture to exert its power to build community. It remains symbolic – and that’s tragic.

But what is Chemnitz, the city where being at HOME is so important, doing by displaying it in huge letters on its only boulevard? We’re staying pragmatic, keeping calm, coming to terms with the situation in a civilised manner, sitting it out patiently so far, joining forces. We’ve been through a lot here already, after all. And not only that. All of a sudden Chemnitz is out and about, it feels like there’s more activity than usual. The cycle paths are busy, the parks are busy, people are sitting on benches, reading books, being disciplined, observing social distancing. Busiest of all though is the Brühl Boulevard, although it actually likes being empty sometimes. There’s a lot going on at HOME right now. 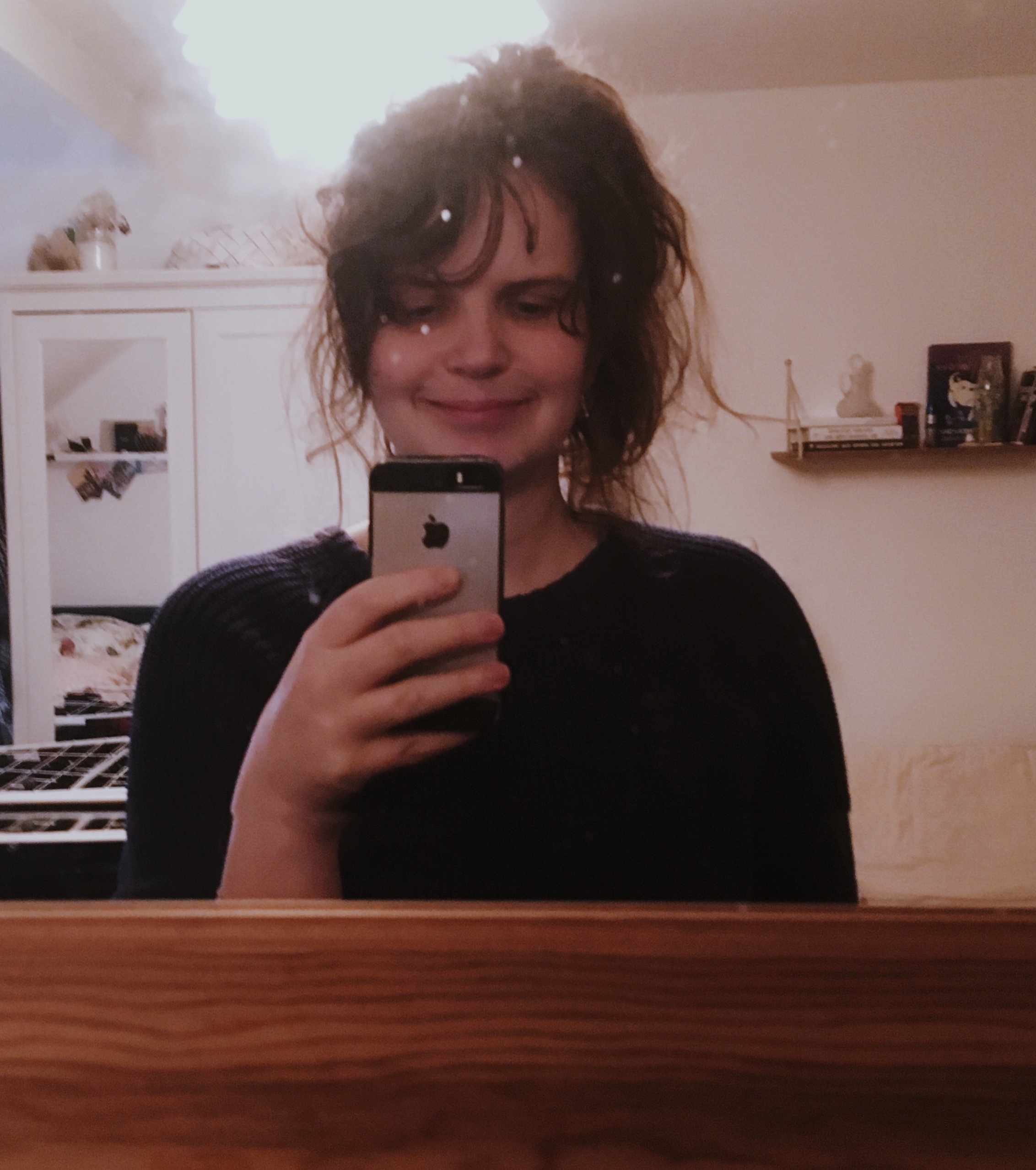 The Author: Johanna Eisner was born in Reichenbach/Vogtland in 1988. She moved to Chemnitz in 2007 to study Media & Communications, more as a compromise than with sense of joy. Today she still lives in the city and is actually OK with that. As a student she spent more time on the university radio station than in the lecture theatre. She was chief music editor there for five years, because when she was younger she’d always wanted to be a music journalist, fashion designer, author of children’s books, guitarist and famous, preferably all at the same time. That didn’t quite work out though. Today she works as an advertising copywriter and concept developer and as a freelance cultural journalist writes for the Chemnitz daily newspaper ‘Freie Presse’, the city magazine and other municipal projects.