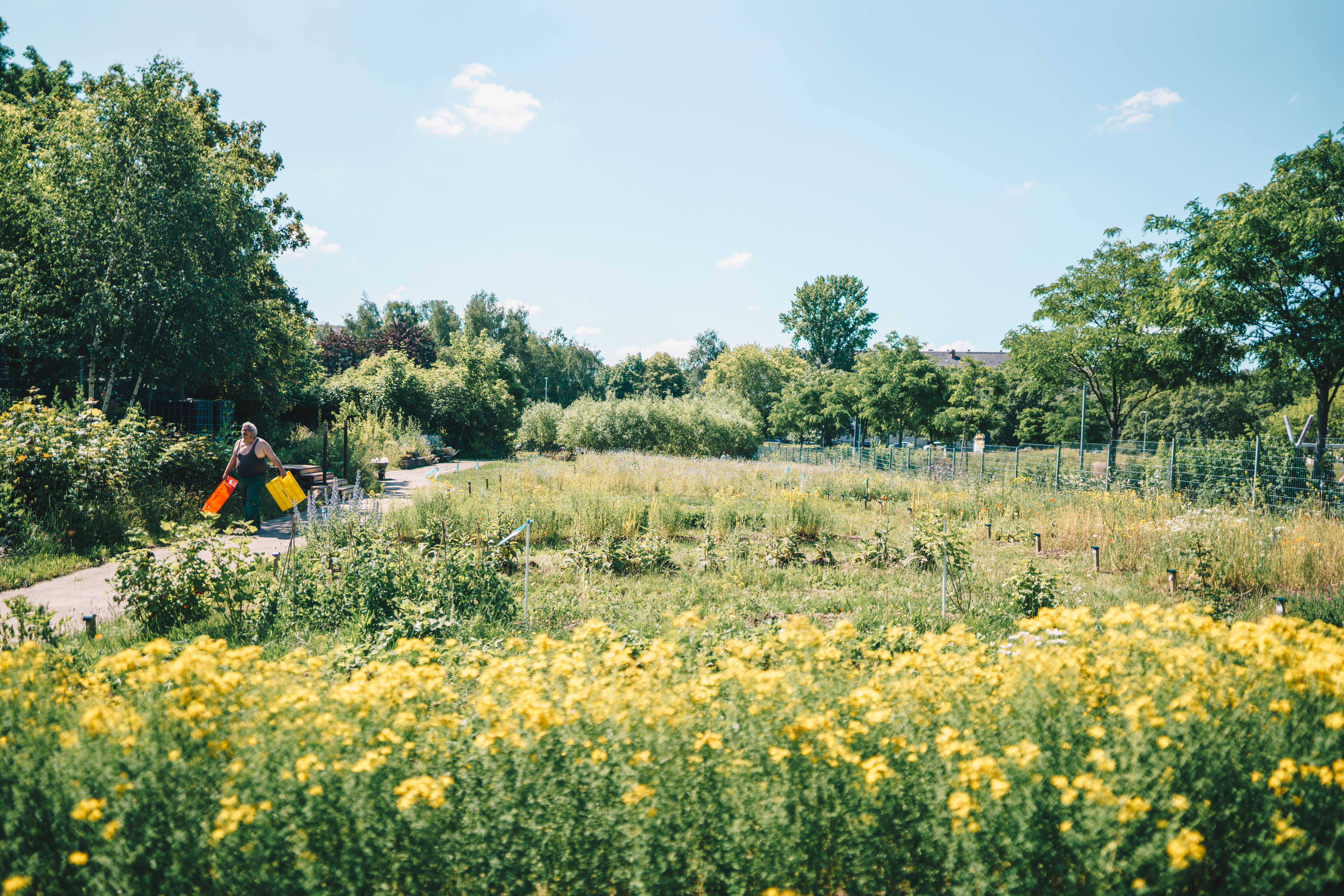 Together with citizens of the city we will sow flower seeds in a large area. The aim is to create in the coming days the basis for colourful flowering meadows in various parts of the city: to the delight of the residents, for a sustainable urban development, as a joint action for a Chemnitz worth living in.

Among others, representatives of the Saatgutgarten Nachhall e.V. ( a local initiative) from the Sonnenberg quarter, who have provided part of the seeds, will take part.

Together with the municipality of the City, the communal housing society GGG and the six housing cooperatives, 10,000 square metres of green space have been proposed in the districts to create flowering meadows. This is our response to the issues raised in the ongoing public survey on problems that the city absolutely must solve by 2025. In many cases, catchwords such as “green city”, “flourishing city”, “edible city” have been mentioned – topics that go along with the desire to make creative use of the city’s green spaces.

The Blühwiesen project is being professionally monitored and evaluated by local Centre for Environment, Chemnitzer Umweltzentrum, which is currently participating in the federal programme “Naturstadt – Kommunen schaffen Vielfalt” (Nature City – Municipalities Create Diversity) with a project outline for the promotion of nature in the city.