After the summer flowering meadows for the Capital of Culture application last year, in which the Chemnitz housing cooperatives, the Parks Department as well as Volksbank and Sparkasse Chemnitz in particular participated with a total of 10,000 m², there will again be flowering meadows throughout the city this year.

In 2021, the area of the flowering meadows will be doubled: there will soon be plenty of insect food again on a good 20,000 m². In addition, other partners are participating in the campaign, so that flowering meadows will be made possible in many parts of the city. On six future intervention areas of the Capital of Culture application will be colourful blossoms from July to October. As last year, the seeds will develop into the very species-rich summer flower meadows. 3,000 m² of wild flower meadow seeds will be sown by the seed garden Nachhall e.V. Chemnitz on last year’s areas, such as Konkordiapark.

Today, the Kirchner Primary School in Wittgensdorf kicked off the sowing process by seeding the first areas in front of their school. Flowering meadows will be sown on a total of 32 areas in the coming weeks. The focus is on the following districts: Altendorf, Bernsdorf, Helbersdorf, Gablenz, Grüna, Kappel, Morgenleite, Siegmar, Sonnenberg, Wittgensdorf, Yorckgebiet and Zentrum.

No title without a team and no flowering areas without partners! A total of 15 associations, institutions or actors of the urban society are involved and provide areas:

The flowering meadows were preceded last year by a survey of around 6,000 Chemnitz residents, many of whom wanted greener areas and more commitment to environmental protection. This campaign is not only intended to provide insects with a visually appealing food basis – the makers’ mentality described in the application for the European Capital of Culture is also to be stimulated by the citizens’ own implementation of flowering meadows. The sale of seed bags for a good cause is expected to start in mid-May at the tourist information office. The seeds will be filled into bags by the SFZ workshop for people with disabilities. Let’s hope that the front gardens, allotment gardens and balcony boxes will soon be in colourful bloom! 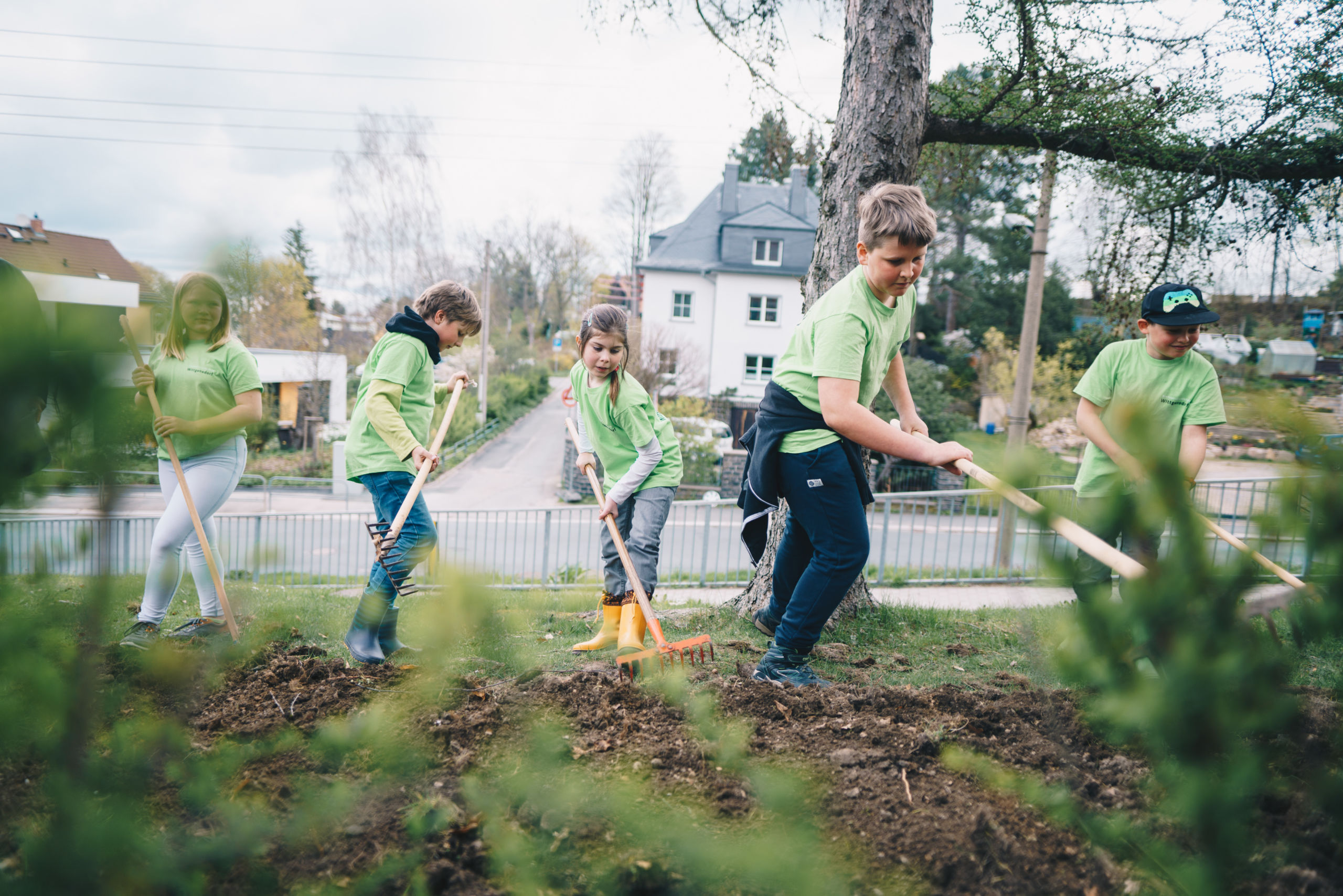 The children of class 4b of the Wittgensdorf primary school sowed the first flowering meadow this year in front of the school building on Thursday.

A total of 15 different actors from urban society are involved and provide areas.